Below is a interview with indie filmmaker and professional artist Alexia Anastasio.


1. Alexia can you please give a brief explanation about Ginger Girls: The Secret Lives Of Redheads and why you decided to create this film.

Ginger Girls is a documentary project about girls with natural red hair. I am interviewing girls for the documentary, photographing them for a book and working with them on various collaborative levels. Tonight we are having a fashion show in NYC.

I decided to make this film because it is more personal to me and I wanted to work with other talented, successful redheads and empower the term, Ginger Girl.

2. If you weren’t a redhead yourself would you have still have made this film?

Maybe not, but I have heard of other photographers that have been interested in Gingers who were not ginger themselves.

3. What is one myth that you proved a falsehood?

That Gingers are firecrackers. They are all different. I believe there are many stereotypes about redheads that are false and I hope to show that in the film.

4. Do you mention any fictional redheads in Ginger Girls?

Yes, we do mention some fictional characters like Pippi Longstocking! 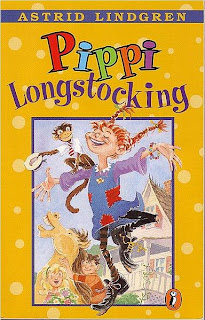 5. Where will the film be shown and on what dates?

6. Finally, is this film going to be available in any digital form after the film festivals?

Yes, that will be up to the distributor, but many films are now going from festivals to theatrical, tv, online and more. I am filming Ginger updates so people don't have to wait until the whole movie is done and we are doing events in NYC. 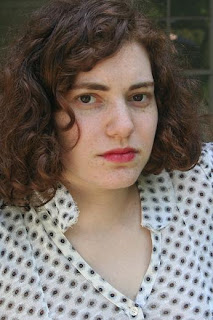 (Please note that I am using the pictures displayed above for educational, non-profit purposes. I also do not own nor do I claim to own these pictures of Pippi Longstocking or Alexia.)
at January 31, 2012 No comments:

An interesting thing about religion as a concept is that anyone can believe in anything, from a worm to my forehead to nothing at all. Yet still we bicker and fight like children as if anyone has more knowledge, proof and/or rights than the next person. I mean we could have more peaceful and stable global cultures if we stopped constantly pissing on each other's lawns regarding which organized (and unorganized) belief system is right. I for one refuse to play this tired game.
at January 22, 2012 No comments:

I believe that man at his most basic will always beat down intelligent forward thinking men, due to fear of the unknown.-Ben Hall
at January 04, 2012 No comments:

1. JLA #107 (2004) is a little problematic on with how the inks and pencils combine. Yet the art is still consistent in design and good eno...